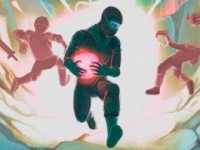 83%
Instructions
How to Play?

Level pack for the popular tower defense game Cursed Treasure. It includes the set of brand new levels and a number of improvements and bug fixes. Take on the role as the evil overlord of the orcs, demons and the undead and protect you gems from being stolen by the righteous heroes. Cursed Treasure: Level Pack is an wonderful game from our lengthy game listing in friv2014.com. With Cursed Treasure: Level Pack, we've got a large list of Friv 2014 games to have fun playing with.